At least three children were injured, one critically, after a large eucalyptus tree limb crashed onto a daycare facility’s playground in Pasadena. According to a news report in the Los Angeles Times, the incident occurred the afternoon of August 29, 2017. Pasadena fire officials said more than a dozen children were playing outside at Linda Vista Children’s Center when the tree limb fell. A 2-year-old girl suffered critical injuries and was transported to an area hospital. Two other children, 3 and 4, were also treated for non-life-threatening injuries caused by the 20-foot fallen tree limb.

Parents were notified of the incident. Social workers were also present in case any children showed signs of emotional distress. The playground and an adjacent city park were closed so public works crews could evaluate the area to make sure no other dangers existed. Officials are looking into what caused the tree limb to fall. Earlier this month, a group of soccer players narrowly escaped injury at Villa Parke in Pasadena when a very large tree limb crashed to the ground crushing a END_OF_DOCUMENT_TOKEN_TO_BE_REPLACED

Tasha Turner, 30, drowned in a boating accident as she took a trip with her daughter and boyfriend on the Colorado River. According to a KTLA news report, the three had set out on a 19-foot closed-bow vessel with three other passengers to go tubing on August 5 near the town of Big River on the California-Arizona border. Police say the boat was driven by 52-year-old Umberto Bagnara. Around 6:30 p.m. that say the boat lost power, became swamped and began to sink.

Six others on the boat managed to swim away from the sinking vessel, but Turner was tangled up in a ski rope that was tied to the boat. Unable to free herself, she was pulled underwater and drowned. This occurred after Turner saved her END_OF_DOCUMENT_TOKEN_TO_BE_REPLACED

Grayson Brown, 2, died from injuries he suffered in a swimming pool accident on August 6, 2017 in an unincorporated areas outside of Santa Ana. According to a news report in The Orange County Register, the boy was pronounced dead on August 8. He was discovered in a residential swimming pool in the 13000 block of Hewes Avenue.

When Orange County Fire Authority personnel arrived, the boy was not breathing and had no pulse. Rescue personnel were able to perform CPR and resuscitate the child. However, he died two days later from his injuries. Officials say there was no fencing around the pool where this tragic drowning occurred. So far, this year alone, there have been 28 drowning incidents in Orange County, fire officials report. END_OF_DOCUMENT_TOKEN_TO_BE_REPLACED

The father of a 14-year-old West Hills boy who suffered a traumatic brain injury after being sucker-punched by another teen has launched a website and a movement to combat bullying and random acts of violence, while promoting kindness. According to a report in the Los Angeles Daily News, Ed Peisner has launched Jordanstrong.org in an effort to help prevent what happened to his son Jordan, who can no longer play sports or skateboard like other kids as a result of the injury he suffered. He calls it a “kindness” movement. END_OF_DOCUMENT_TOKEN_TO_BE_REPLACED 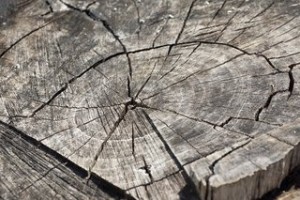 A large, old pine tree uprooted and fell onto a group of children at a summer day camp in Pasadena injuring eight, two critically.

According to an ABC news report, the 75-foot-tall, 75-year-old pine crashed without warning near the Kidspace Children’s Museum in Pasadena’s Brookside Park.

Witnesses said they heard the tree crack and saw it fall on a group of children.

Eight children, ranging from 6 to 8 years old, were injured. Six were END_OF_DOCUMENT_TOKEN_TO_BE_REPLACED 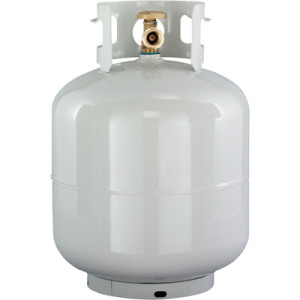 Two men suffered burn injuries after a propane tank they were trying to refill exploded the afternoon of July 3, 2015.

According to a news report in The Orange County Register, the incident occurred at a propane-filling station in the 12500 block of Western Avenue in Garden Grove.

The men, one an employee and another, a customer, suffered burn injuries described as “moderate” on their arms and legs.

They were transported to an area trauma center.

The filling station has notified the California Division of Occupational Safety and Health.

But the department has said it will not END_OF_DOCUMENT_TOKEN_TO_BE_REPLACED

Frank Barrile, 31, was killed in a Beverly Hills industrial accident involving an elevator at an apartment building the night of November 6, 2014.

According to a CBS Los Angeles news report, the incident was reported in the 400 block of South Rexford Drive near Olympic Boulevard.

Barrile was found in the elevator shaft on the ground floor of the three-story apartment building.

A 25-year-old woman who was sunbathing on the beach in Venice was run over and injured by a lifeguard SUV.

According to a KTLA news report, the incident occurred the afternoon of September 15, 2014.

Officials say a lifeguard was responding to a call about swimmers getting close to the rocks. The SUV had used lights and sirens when the lifeguard initially arrived at the location.

One man was electrocuted and another shocked during a construction accident at Mission Viejo High School the afternoon of July 17, 2014.

According to a news report in The Orange County Register, a construction crew was working on the campus’s athletic field in the 25000 block of Chrisanta Drive when one of the workers was electrocuted.

A worker suffered injuries on the job after he fell about 25 feet into the cargo hold of a ship, which was docked at the Port of Los Angeles.

According to a City News Service report in the Daily Breeze, the incident occurred the morning of June 16, 2014 at Berth 209 near the 1000 block of New Dock Street.

The worker, a man in his late 50s, fell into a very small area two levels below deck of the 623-foot bulk cargo vessel Navios Vector, a Panamanian-registered ship.

The area was filled with 60-foot-long steel pipes that were securely fastened and the man was not trapped beneath them, officials said.